Anti-Gun Sentiment on the Intarwebs… 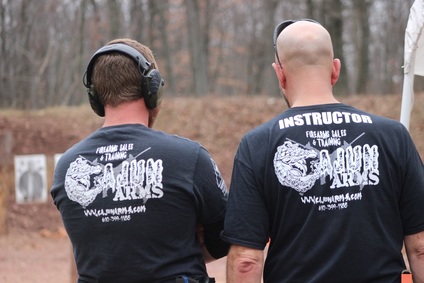 Marketing on the internet and staying active on social media is a big part of how we communicate and gain public awareness at Cajun Arms. We have a nice Facebook page that we keep current, LinkedIn page, we tweet, and use Instagram among other resources. We’ve been noticing a fair amount of pushback from some of these sources because we sell firearms and teach their use.

Facebook for instance has a newer policy about guns that we comply with. We do not let anyone under the age of 18 on our page. However, we noticed that we’ve mysteriously lost a couple of hundred followers on the page. Facebook said it was due to their new policy. As weeks passed we crept up to about 1,700 followers and it happened again. No response this time from FB. So now we notice that every time we approach 1600 followers we mysteriously drop back to about 1,500. We also were informed that every pages like ours have been removed. WTH??? Apparently FB doesn’t think the second amendment and lawful firearms ownership and discussion is appropriate but all the crap you see on FB is OK? Really?

Then we have google. We have a Google+ page and everything that goes with it. We received an offer to try google Adwords at a discount and decided to give it a try. We were restricted in the words we could use. Guns, pistols, AR15 etc couldn’t be used due their policies. OK, fine. So we used firearms and firearm instruction etc as our words. It was great for about a week. We were getting double our usual hits on our website, google+ page and FB page. Then suddenly it stopped. Google said it didn’t fit their policies and decided to stop running the ad campaign.

Censorship? We think so.An op-ed piece in Forbes Magazine written by Frank Mitner states, “Ironically, Google’s own policy for ‘Freedom of Expression’ says, ‘We’ve pressed governments to make combatting Internet censorship a top priority in human rights and economic agendas.’ Unfortunately for us, Google doesn’t think that the Second Amendment in the Bill of Rights is acceptable in the US”

What really bother us is thinking about how this relates to our LEGAL ownership and use of firearms. The First Amendment is supposed to protect our right to free speech. Non-government businesses are being controlled by gun-control advocates and THEY are mandating policy as what is acceptable use of the internet. The anti-gun group sees our growing dependence on these mediums and would appear to ramping up their efforts to restrict discussion, sale or use of guns in the name of “public safety.” If we continue to ignore this trend, blogs such as this, internet forums, and online gun shopping may come to end. What are we going to do about it?

SHARE ON
TwitterFacebookLinkedInPin It
<< Avoidance and Awareness
Learn to see the light... >>
Recent Posts
Website Links
Never miss a class!
JOIN OUR NEWSLETTER