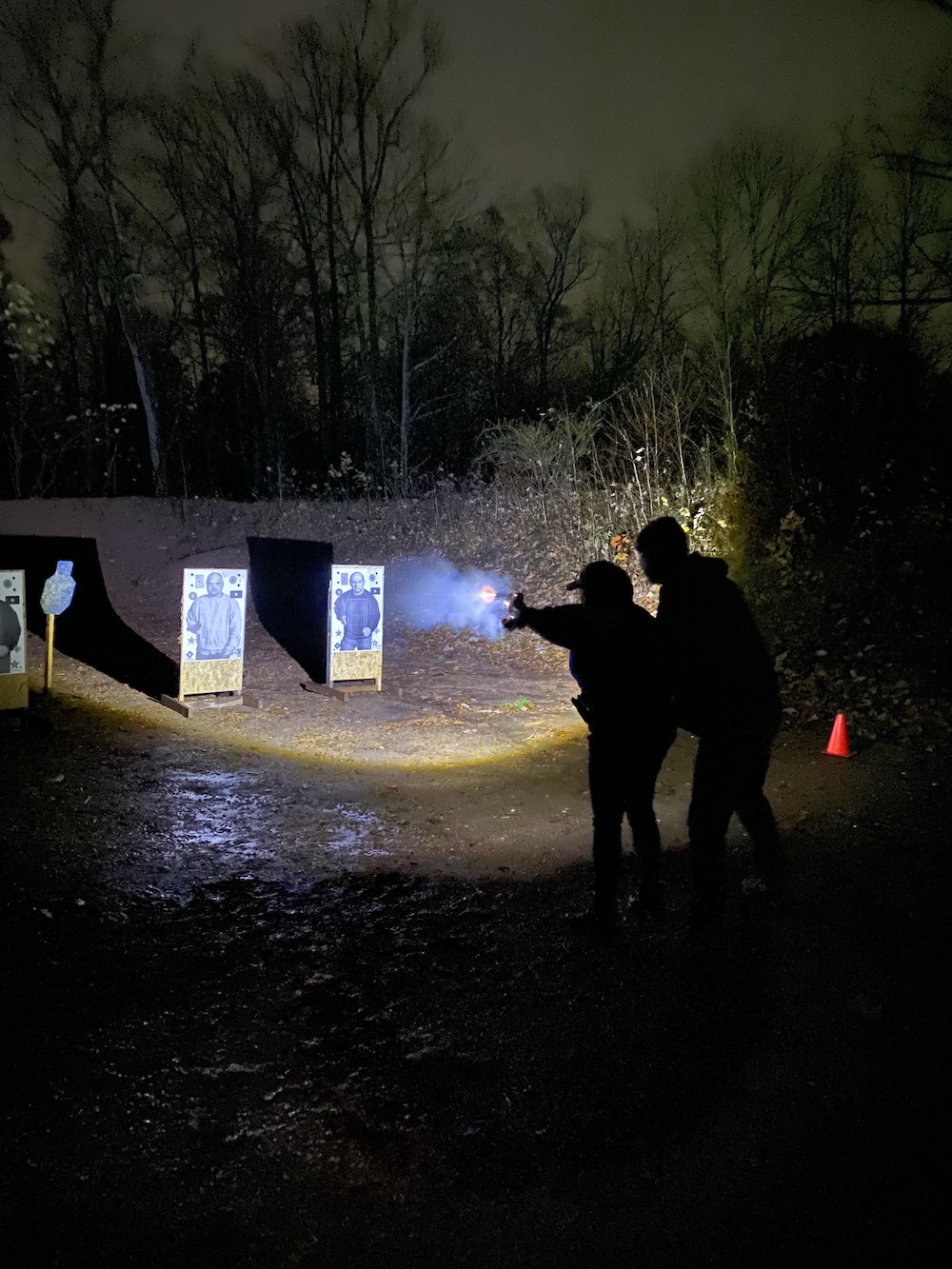 We teach private citizens, law enforcement, and military. Rarely all three in the same class. There is quite a bit of overlap but they are three separate and distinct disciplines. We explain this in class but it gets blurred at times, often by the YouTube ninjas.

The three objectives of the categories are quite different. The soldier is bound by the specific rules of engagement for their situation. If permitted to engage, they close distance and destroy the enemy. Law Enforcement tracks down and apprehends suspects, hopefully without firing a shot. The armed citizen has an obligation to prevent bad guys from victimizing them. Yes, there is a strong chance that a life or death encounter may occur at night. However, there is rarely an encounter that will happen in total pitch-black darkness. Bad guys can’t find you in complete darkness. In most areas these days, there is no such thing as complete darkness. We think you should carry a compact flashlight. There are times a light is the only defense you can legally carry; such as on a plane, etc. You can strike with it and you can potentially scare someone away by “lighting him up”. If you use it while crossing a dim parking lot you may unknowingly prevent an attack from occurring. Weapon mounted lights (WML) are extraneous for most citizens. Armed citizens are not out clearing houses and such in complete darkness. They are not for clearing houses anyway. The average gun owner does not have the training and discipline to search with a WML. If I’m pointing my gun at something I already decided it potentially needs shooting. If the light does not automatically come on with a shooting grip, most folks won’t have the ability to turn it on under stress. The last criticism I have with WML’s is that the guns they ride on need special and often expensive holsters. They add bulk and are often uncomfortable. The next thing that happens is the gun isn’t carried. Weapon mounted lasers have the same set of rules as above unless they are grip activated. You should know how to hit a target without the use of a laser anyway. If you are concerned about “giving away your position”, the big question du jour is, “How are you being attacked if the bad guy didn’t know your position in the first place?” Keep training. Take one of our Low Light classes. See you at the range.

SHARE ON
TwitterFacebookLinkedInPin It
<< Our Stance on Your Stance
Training for Injury >>
Recent Posts
Website Links
Never miss a class!
JOIN OUR NEWSLETTER